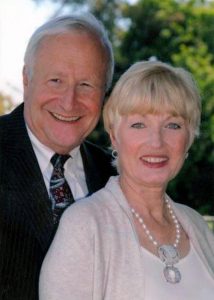 Martinn Mandles and his wife Connie have funded up to $4,500 a year in IHS hydrofoil achievement awards for students commencing in 2014. What was once just a dream of our late past president, John Meyer, is now a reality due to the contributions of the Mandles and the creative efforts of several IHS members including Vice-President Mark Bebar, President Ray Vellinga, and a dedicated team of judges.

The Mandles Prize itself includes an annual total of $4,500 in awards in recognition of hydrofoil engineering, design or construction achievement by college and university students (undergraduate and graduate level) worldwide. The award of the Prize will be based on submissions from individual students or groups of up to six students with the signature of a faculty adviser endorsing each submission. Submissions must be specific to hydrofoils, and publishable by IHS. Submissions will be solicited on the IHS website, by contacting faculty at educational institutions internationally, and by advertisement, cost permitting, in applicable professional and trade publications (e.g., SNAME’s Marine Technology, ASNE’s Naval Engineers Journal, etc.). Submissions will be due on or before June 1st of each year, with the Prize winner selected, announced and awarded no later than early August of that year. The awards consist of the $2,500 First Prize with a commemorative plaque, and as many as two optional Honorable Mention prizes of $1,000, each with a commemorative plaque. IHS will appoint a panel of no less than five (5) judges, free from any real or perceived conflict of interest, to evaluate the submissions and recommend the Prize winners. Depending on the submissions received, it may be necessary to add other judges who are Subject Matter Experts.

In a past email of thanks to Martinn and Connie, IHS member Bill Hockberger captured the spirit of this competition: “I was really pleased when I learned of your generous offer to establish a student competition with monetary awards. I think it will motivate young people studying ship design to consider hydrofoils in a way that a mere award certificate or plaque can never do. And if they jump in, by necessity it will also motivate their professors to learn about hydrofoils so they can oversee their students’ projects. That’ll be a significant extra bang for the buck! A big part of the problem getting people to consider hydrofoils when they might be the best alternative is that so few know enough about them.”

Many of our members know Martinn and something about his accomplishments. For others, here is a summary: Martinn started as a hydroplane racer in high school and became both an airplane and hydrofoil “pilot” before earning an engineering degree from Stanford University in 1964. As such, he was the first co-pilot of Boeing’s Aqua-Jet hydrofoil research hydroplane, and on the first flight crew of the Boeing built FRESH-1 high-speed research hydrofoil. Upon his return from Vietnam in 1967, Mandles became the Navy’s first captain of Boeing’s first hydrofoil gunboat, USS Tucumcari. After completing five years of military service in 1969, Mandles commenced a 37-year career at ABM Industries (NYSE: ABM), where he was Chairman of the Board from 1997-2006.

An accomplished aviator and avid adventurer, Martinn was the first non-NASA American pilot to graduate from the Russian Cosmonaut Basic Training Program at Star City near Moscow, and has visited both the North and South Poles, as well as the North Face Base Camp of Mt. Everest in Tibet and countless other challenging destinations worldwide. Two of these adventures are illustrated here.

Martinn and his wife Connie reside in Los Angeles, where he now serves as an executor and trustee of several major trusts. 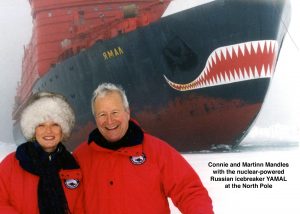 P.S. Click here for a casual You Tube video with more Information on the Mandles Prize

Disclaimer: IHS does not endorse or recommend specific products or services, nor does IHS accept paid advertising. However, the Links Out and BBS pages features sellers of many hydrofoils and related products as a service to the hydrofoil community.

Please report any technical problems with this website by email to: webmaster@foils.org